Providers that we compare

We compare all the power providers in Norway, as well as all the deals they offer, so you can sit back and choose between just the best for you.

Why use our power calculator

Get an overview of current prices and electricity plans available to you and how much you can save by switching power agreement today.

Save time and money

Switching energy plan with us takes an average of 4 minutes and saves consumers up to 9.000kr * annually.

Our power calculator is completely free to use, we only we need your zip code and your current power consumption to help you save.

There are 3 main types of electricity plans available in Norway. Each of them offer their own unique benefits to their customers depending on situation. Read more about each plan below to make a educated choice of type of electricity plan you opt for. .
OSLO
Todays elecitricity price: 63.71 øre/kWh Compare now

The spot price agreement is based on the same price the vendors pay when they buy electricity from the wholesale market. Spot price is a current price associated with the Norwegian market and is calculated by the Nord Pool ASA power exchange every single day and will therefore vary and be constantly changing. Typically spot prices are higher during winter and weekdays at breakfast and dinner time.

Fixed price on power is an offer to pay a fixed electricity price each month regardless of the market needs, which season it is and the temperature outside. In other words, the price is fixed for an agreed period, thus avoiding fluctuations in electricity prices.

Roughly speaking, there are three different types of power tariffs in the Norwegian consumer power market today. Prices in the power market change from month to month, and there is little to do with this as a consumer. All you can do is choose the right electricity plan that best suits your usage.

The release of electricity trading that has taken place in recent years is a development that has benefited those of the customers who have followed developments and who have managed to adapt to these new circumstances. Earlier we were all connected to a local power company, and although the electricity prices were regulated and relatively low, power providers were often not the most efficient. They had a stability that allowed them to take great freedoms, both when it came to electricity prices as well as customer care. However, with the market decentralization and options that followed, there were other problems for the customers. The market competition guarantees that electricity prices are market-matched, but also in terms of quality agreements. Those who wish for a good electricity deal must be ready to look for these power contracts, then to compare different deals with each other. This is the only way to make sure you find the lowest electricity price and that you do not pay too much.

For those who have followed the technological developments, it is easy to compare deals to find the lowest prices. It’s usually not difficult to compare electricity prices, so to make an informed choice, especially with online services that make it easy to compare different power agreements. But this requires that you know how. A lot of older people don’t know about possibilities. Investigations from the Consumer Ombudsman and Statistics Norway show us that more than a third of Norwegians pay too much for the power. In total, those who pay too much for the electricity pay a total of NOK 1 billion a year. Evenly, this means that each of them could save around 8 000kr in a year if they had found one of the better power contracts. Furthermore, the survey shows us that over 95% of those who pay too much are over 60 years old. The end that can be derived from such information is that many elderly people simply did not follow in the development or that someone has sold them an extra expensive electricity deal, instead of a cheaper price agreement where the consumer only pays the market price in addition to a small charge for management. So, if you have any older relatives or family members who you suspect may fit into this mentioned group, which pays too much for the power, then it may be time to help them find a deal with lower electricity prices.

We give you an overview of all power agreements from all electricity suppliers in Norway.

Another reason why many older people can get a power deal that gives them less power for money is that there is certainly some turmoil or skepticism when it comes to spot prices. Like so much new, a spot price deal may seem a little inviting, and you imagine you are at a high risk of ending paying too much for the electricity. It is important to understand that such fear has been found to be unfounded. It is true that you may end up getting a little higher electricity bill in the winter when you use electricity, but you also pay less for the electricity in the summer. Surveys carried out by the Consumer Ombudsman clearly show that you get more favorable electricity prices when the company does not have to guarantee a stable electricity price all year long and that a spot price agreement pays off in the long run.

On our pages you will find a good overview of the companies that offer the cheapest power in Norway. The top ranking on our overviews is power suppliers and resellers who have great deals and give you extra benefits when switching to them. But they still have low prices after the campaign time is over. This is important to us and it is important to you.

Be wary when it comes to additional packages, insurance and deals

Another part of the market decentralization is that a greater responsibility lies with the customer, now that it enters into the condition of new power agreements. For example, all the cheapest power contracts require you to establish an E-invoice agreement, which you must initiate through your online bank. This can also be an obstacle to those who have not followed up in the technical development, but it can be a good idea to understand how it works. Many other benefits can be obtained from the ability to manage banking issues through the internet.

Some power providers offer campaign prices to win new customers. This ensures cheap power for a certain period, but it may be advisable to look for other offers, since the kWh price will usually increase when the campaign has expired. The goal of the supplier is, of course, that you as a customer will be left after the favorable time is over, but that is not necessarily something that goes in your favor. Paying a cross in the calendar or hanging up a yellow postit note on the fridge, reminds you that the day to find a new cheap power supplier has now come.   On our pages you will find an overview of electricity prices, and which power providers are cheap and which power suppliers best suit your needs and preferences. Power prices and the different vendors shown on our pages contain the basic information that is retrieved directly from the providers pages. We have put together the information so that you as a customer can easily get an overview of what the market has to offer, you can also use our power calculator at the top. That way, your decision to switch your power supplier will be much easier.

If the Power Provider offers deals to make you switch to them, this is something you should investigate further. Campaigns can be lucrative to you as a customer, but you must know the terms in detail so that you do not lose the trade in the long run. You can ensure cheap power for a period of time if you participate in a promotional offer, and you can save more if you actively follow and switch the power supplier when the campaign expires on time. This can be done if there is no binding time beyond the campaign’s duration of action. Therefore, it is advisable to look for campaigns where the duration of action lasts as long as the campaign itself and that there are no parts in agreements that capture the customer for a period beyond that.

We give you an overview of all power agreements from all electricity suppliers in Norway.

NB: Do not buy power from telephone sales

By the way, it is also important to pay attention to certain offers of additional packages, insurance and fixed price offers that may be offered after obtaining a cheap electricity deal. Power companies in Norway do not have the full freedom to engage in broad marketing, but they are allowed to offer additional services to their own customers, as many of them also do. But many of these additional services, and “safer agreements”, are factors that only affect the electricity consumer. If you are called by someone who claims to represent your new supplier and want provide you with some great deals about insurance or security packages for the power, then our advice is that you politely thank no.

Serious players in today’s market are usually paid in arrears. There are some power suppliers who want prepay for long term plans, but this can be risky. It has happened that companies have accumulated prepayments, with promises of cheap power, to declare bankruptcy. At worst, all of the money is lost and you are left without a deal on ‘cheap power’.   We recommend anyone who wants to swap a power contract, to enter a deal with a power supplier who pays for a replacement. A power supplier who offers arrears payment will always be better for the customer.

VWe recommend paying by eFaktura. This usually always cheaper than alternative payment on paper. Some power providers have eFaktura as a declared requirement in their agreements. If you have not arranged it so that you can receive eFaktura, this is a breach of agreement. You then risk being moved to a more expensive power deal. Those who are not used to the new technology are advised to ask for help from their bank or close relatives whom they trust. 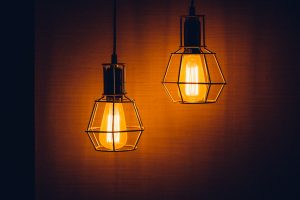 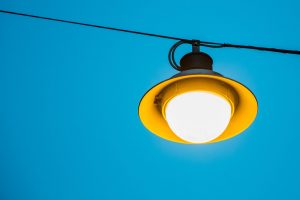